I brought out an old project that dates back to when I started with Babylon 10 years ago. I totally started this project from scratch by going to the essentials and ease of use for the grip.

The work is still in progress, I wanted to present the progress of this new project (or rather old, I don’t really know if it’s new or old)

The approach of this editor is to divide into tabs which each have their specific task. Here are most of the tabs:

Before opening the editor, there is a project manager to create and open projects. 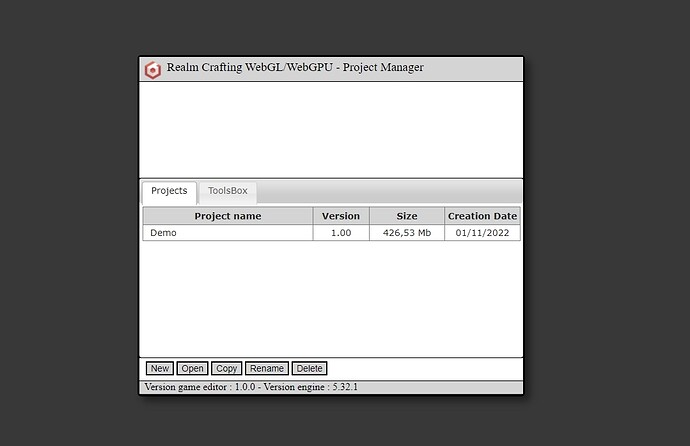 The Project tab which allows to start the game and the server.

The Media tab which groups all the media to import for the game. 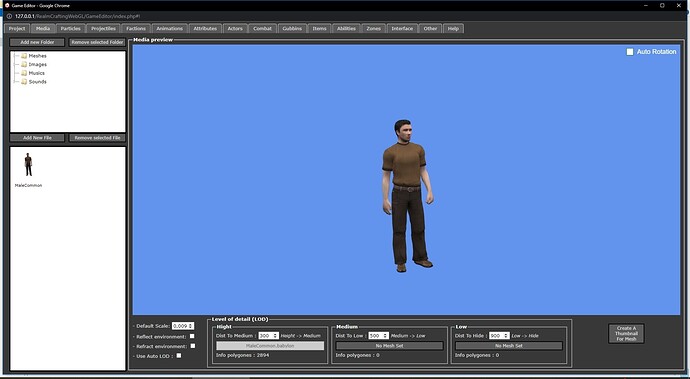 The particles tab to create emitters. 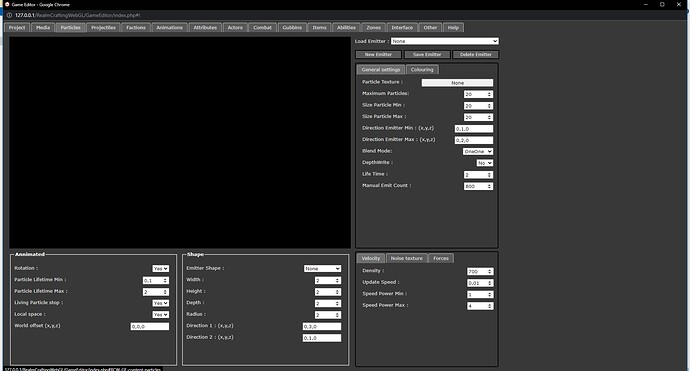 The Factions tab to adjust affinities with NPCs, class and race.

The Attributes tab to give particularities to the characters.

The Actors tab to create characters, animals with their appearances and others. 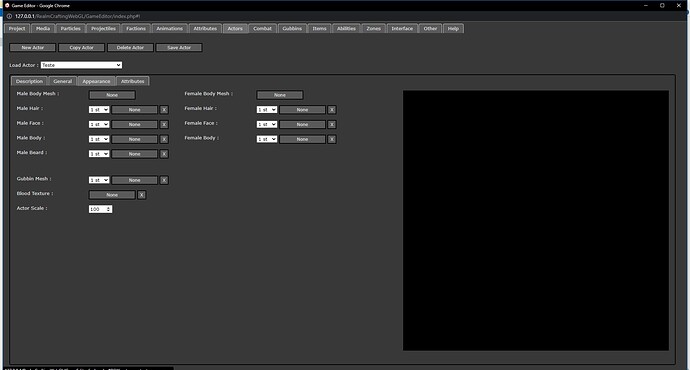 The Combat tab to create the combat system and damage types.

The Abilities tab which allows you to create magical powers for example.

The Zones tab to create zones that contain what you want. A land or a body of water or just a sky. As well as decorative objects, teleportation portals, sound zones, script triggers, collision walls to block certain passages and others. 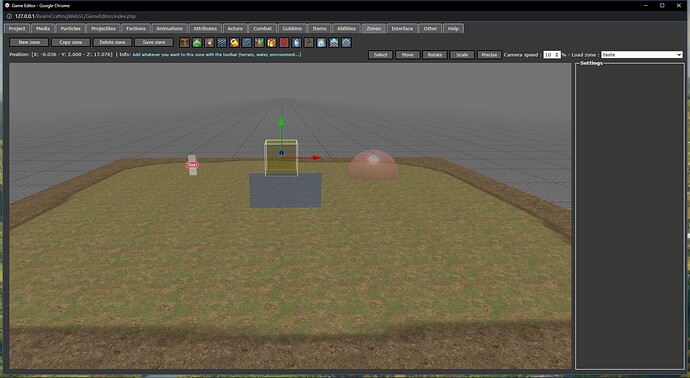 The Interface tab which allows you to position, customize all the graphic elements of the game. 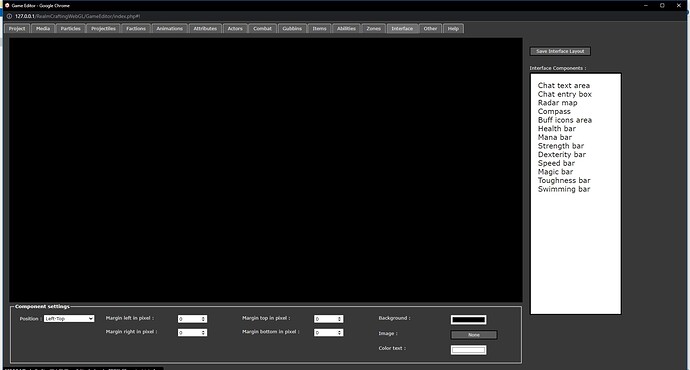 There is still a lot of work to do, but I will still show progress later, when I have a bit more progress. 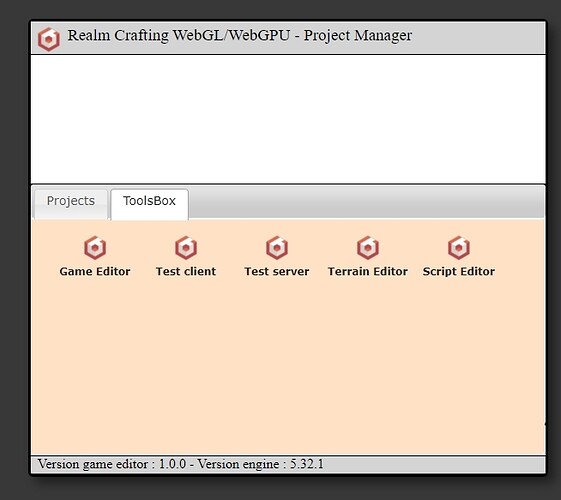 The terrain editor allows you to create terrains of different sizes (64x64, 128x128, 256x256, 512x512, 1024x1024 and 2048x2048 which is the maximum that corresponds to the mixMaterial textures (larger terrain would create images that are too large and therefore pixelation) So you can paint up to 8 diffuse textures, raise mountains, dig rivers, create holes and even create ramps to make gentle slopes.

This terrain can then be exported to the editor in the areas tab. Each zone created can use the terrain made with this editor of terrain. 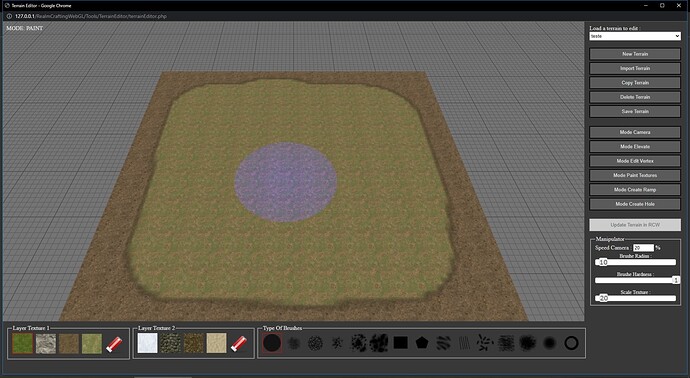