The demonstration in the first half of the video uses a keyboard and mouse, and the second half uses a ps5 controller. If you have a ps4 or xbox controller, you can also support vibration feedback. 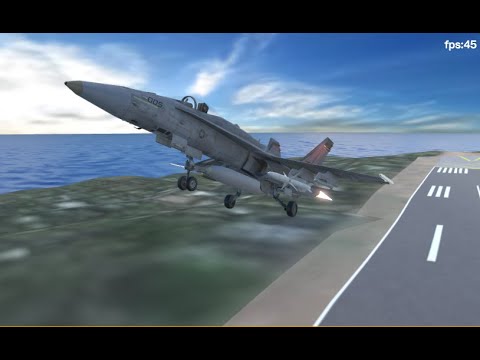 Woot ! this is SUPER impressive.

Gorgeous! This is beautiful!

May be you remember (or were not born

this mission in old FSX, where you had to chase an orbital object with an FA18 from the NASA. The FA18 has an operating ceiling of about 40k feets; ok it’s not space but enough to see into space and see the earth curvature. May be you could redo this mission for the official launch of v5? I know, there’s not much time left. Just an idea… Again, a great project. Simply breathtaking

. I think the scheme can be realized, just because my personal time is relatively limited. I’m not full-time in this project. If I want to complete it, I must divide some time from my current work, which is not easy.

In addition, the follow-up plan list is to continue to improve the project, including the improvement of some fighter instrument panels and combat systems. Other vehicle types are also on the list, including tracked tanks, motorcycles and helicopters.

Hi,the tracked tank vehicle is about to be completed. At present, the keyboard operation and track track line effect have been completed.

Can’t wait to get airborne and test this thing

lol, just realized I can try it. The link was just above. It’s very impressive. I would have a couple of comments however if you don’t mind (it’s always easier to crap comment than to create

I find it hard to keep with minimal speed before stall (at least with KB). Either I am above or below.
Also, the stall should may be have the plane not just fall straight, but rather (again, easier said than done) pitch down from the nose or the back or, if in a turn, rotate around the wing (roll) while loosing pitch.
But then again, doing this is already very impressive. Congrats,

Thanks for your advice! I will try to add these effects to the vehicle type of fighter, which is a meaningful challenge.

This tank is bullying this innocent fighter