How to Vite with Babylon.js (Game Tutorial Series)

NOTE: A more general-purpose (and beginner-friendly) version of this guide is now available on the Babylon Docs!

Hi! Are you allergic to Webpack like I am? Do you hate dealing with its clunky config files? Thankfully the 2020s have given us Vite, which is simpler to use. But if you’re following the Create a Game Tutorial Series like I am, you’re probably wondering how to use it with Babylon.

This guide is intended to replace the Getting Set Up chapter in the tutorial series, but you should read Getting Started first if you haven’t used Babylon.js before.

(NOTE: The reason why we didn’t install the babylonjs packages inside the actual project folder that Vite just created is because it saves on space. Why install another copy of babylonjs in every project folder, when you can install it in the root folder above all your future game projects? You can use npm packages installed in folders ABOVE your working directory, not just in the same folder as your code.)

(This is the same code as the lesson but with the addition of a script tag to indicate our primary TS file.)

(This code is unaltered from the original lesson. Take note of how the import statements allow the rest of the code to work, as well as how this structure should be divided into functions and class variables as you progress.)

(This tsconfig.json file is a mix between the one provided in the tutorial and the one generated by Vite. I wrote a more efficient version of this file for the Babylon Docs version of this tutorial, but this works fine too. You can read more about how this file works in the TypeScript docs.)

And just like before, you can press Ctrl+C in the terminal window to stop Vite from running.

Isn’t that so much cleaner to handle? Now you can turn your project into a Git repository if you want, and then move on to the next chapter. UPDATE: As you complete the rest of this tutorial, please keep the following in mind…

And that’s how you use Vite with Babylon. Enjoy!

This is amazing, wonder how we could surface those info in the doc @PirateJC ???

Whoa @wavetro this is awesome!

Any interest in writing this up as a more official doc for the Babylon.js Docs pages? Perhaps under “Guided Learning?”

I’d be willing to! Is there a GitHub repo for the docs that I should fork to rewrite this? 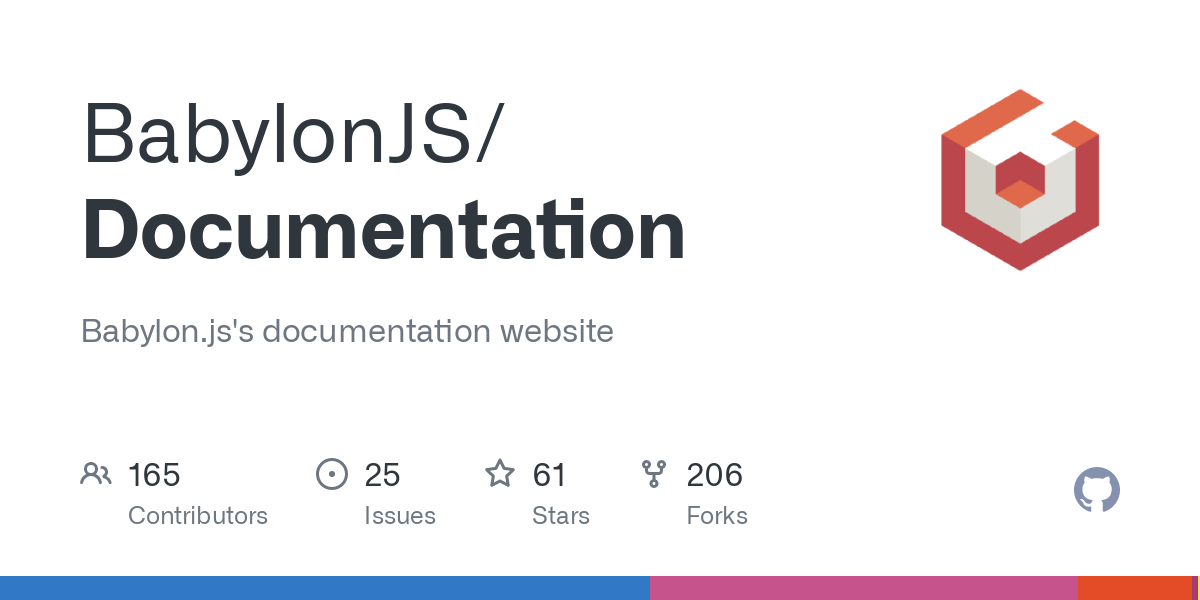 Thanks! I’ll write and submit a pull request for this once I complete the rest of the Create a Game Tutorial Series so I know for sure that Vite is compatible

Hi @PirateJC, I finished the tutorial series, but in order to compile the code for production, it looks like I have to store every asset’s filepath in a variable via an import statement. These import statements are how Vite locates and bundles the assets needed for the final compiled export.

This would mean someFunctionHere('./path/to/file.ext') would have to become

Is it alright if I still do a write-up of this Vite workflow, but without referencing/connecting back to the Create a Game Tutorial Series? It’s easier to tell users to get into the habit of doing import varName as './path/to/file.ext' with whichever project they’re tackling next, instead of making them edit the existing Summer Festival game code to turn every asset filepath into an import statement.

Ah yes! I see. Yeah no problem at all. I still think it’d be great to have the content, even if it’s more general in nature and doesn’t point specifically to the Create A Game Tutorial Series!

Thanks for doing this @wavetro ! We LOVE to see people contribute to the greater community!

it looks like I have to store every asset’s filepath in a variable via an import statement.

Can you put the assets in the /public folder that you deleted and they’ll be served? Importing assets is going to increase bundle size and affect caching.

I could try that, but isn’t it safer to bundle the assets so the filenames are hashed? Or does the extra security not matter

EDIT: Nevermind you’re right, any end user would be able to find and download the assets anyway. I’ll update the tutorial soon

Thank you everyone! A more thorough version of this tutorial is now up on the Babylon Docs.