I have a few general questions about triggering animations between interacting meshes, that hopefully better gamedevs than me can share insight on. There are no code examples, but ideally this is general enough that they are not needed.

Interested to hear people’s thoughts about this so I can maybe guide my noob self to a better animated game. Thanks for taking the time.

Is your game singleplayer or multiplayer?
Some answers may depend on it.

Thanks @labris - it’s multiplayer, but turn-based. Neither player will have direct control over the meshes during the combat sequence. Also the attacking mesh (Mesh 1) will always win the fight.

So you need to program ‘avatars’ so that after some event they could fight each other with some predefined and some random settings?

Yes, although the settings will be pre-defined as well. There won’t be randomness at all.

Just a video to have some references to discuss 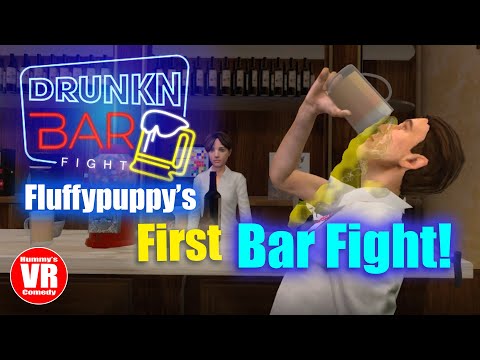 I think that precise intersection testing is not needed here, and furthermore as you’ve said there will be quite a few models, it would tank the browser

For triggering the initial fight, I would probably check if attacking mesh is < than a certain distance to defending mesh. For choreographing the fight itself, I would probably try to rely on Animation Events: Advanced Animation Methods | Babylon.js Documentation (babylonjs.com) to do things like: when the attack animation is at frame Y, start the reaction animation on the defending mesh. This involves a bit of work, but it would be much lighter load to the app than checking intersections.

@genuflect from your description of the mechanics, turn-based with no direct control over the motion of the characters, it seems that for the sake of performance and a lighter code base to maintain, you could “can” your attacks and reactions so as not to resort to a bunch of physics simulations or rag-dolling.

What I mean by this is to author your attacks into categories like low, mid, or high attacks and then author responses to each of these categories. You might also add left/right variations to the attacks which could require different reactions. It also doesn’t have to be a one-for-one attack and resolution either. You could author multiple reactions in each category and randomly pick one. Or you could tie reactions to specific attacks like high attack X causes reaction A, B, or C and you randomly choose one to play every time attack X is executed.

If you want to author the attacks and reactions as realistically as possible, but also have many characters on screen to track, this is the best way to make sure you keep performance high while eliminating any edge case bugs where the physics put your character in an unexpected position. It also allows extensibility of new attacks and reactions as needed rather than needing to experiment with physics responses to the attacks. This puts the problem square in the hands of the artist generating the animation so you can really add some dynamic reactions to the reactions that would be really hard to produce just from a physics simulation.

Thanks @labris @carolhmj @PatrickRyan, this helps sort out some workflow questions I had and sheds more light on how to properly generate these animations. Very helpful!

I have a followup question about making the pre-fight animations blend together (Mesh 1 walking toward the fight and “put up your dukes” part as both meshes get ready for battle).

Some examples I’ve found on the forums here are:

Which one do you think is best for the use case of pre-determined animation groups accessed through the .glb?

Thanks all for your time looking into this, answers have been very helpful already!

@genuflect, there must be something in the water, because everyone is blending skeletal animations these days. There are a couple of things to point out from your last message.

This is because every animation group affects one skeleton, so for every character to have access to every animation group, they would each need their own copy of every animation they can play. This can be super heavy to keep in memory and manage, so cloning/playing/disposing would be a much cleaner method and means you don’t need to keep track of what is currently playing on any mesh.

This version works best for replacing one animation group with another rather than adding multiple animation clips together to modify a base animation. We are starting some feature work to make managing and blending animations easier and more powerful so we are actively working to make the whole system better.

Thanks @PatrickRyan for this example. I will ultimately have unique animations for many meshes…there will be some overlap but a lot of unique animation groups regardless. I guess I’ll have to see how much of a burden this becomes on the browser/machines.

I’ll attempt to adapt the blending shown in your example into my app and report back, and look forward to seeing more updates to the engine.

Thanks for taking the time!

@PatrickRyan to follow up on your playground example, I’m not seeing weight as a property that exists on the TargetedAnimation type. (Using Typescript, ofc).

I am using ES6 @babylonjs/core version 5.13.2 and I noticed that the playground is at 5.24. However, even if I upgrade to 5.24 this error doesn’t go away, and the property isn’t listed in the BJS typedoc for TargetdAnimation. Was this change made after 5.13.2 or is there something I’m doing wrong?

We are looking at animation blending as a whole in features for 6.0 so this will be improving but we are in the early stages right now. In the mean time, the override is the way to blend between animation groups, but you won’t have precise control over the blend speed - or playing multiple animations at once with partial weights - with the current system.