I was able to recreate the example given in the readme in Rust by using FFI to define external functions from @babylonjs/core. Although this gives someone the opportunity to develop solely in Rust, I am unsure about the performance hit from using FFI so heavily. Anyways, just an experiment for now, but this is something that I’m very interested in exploring further, so I’ll probably do some benchmarking later to figure out how to optimize this. 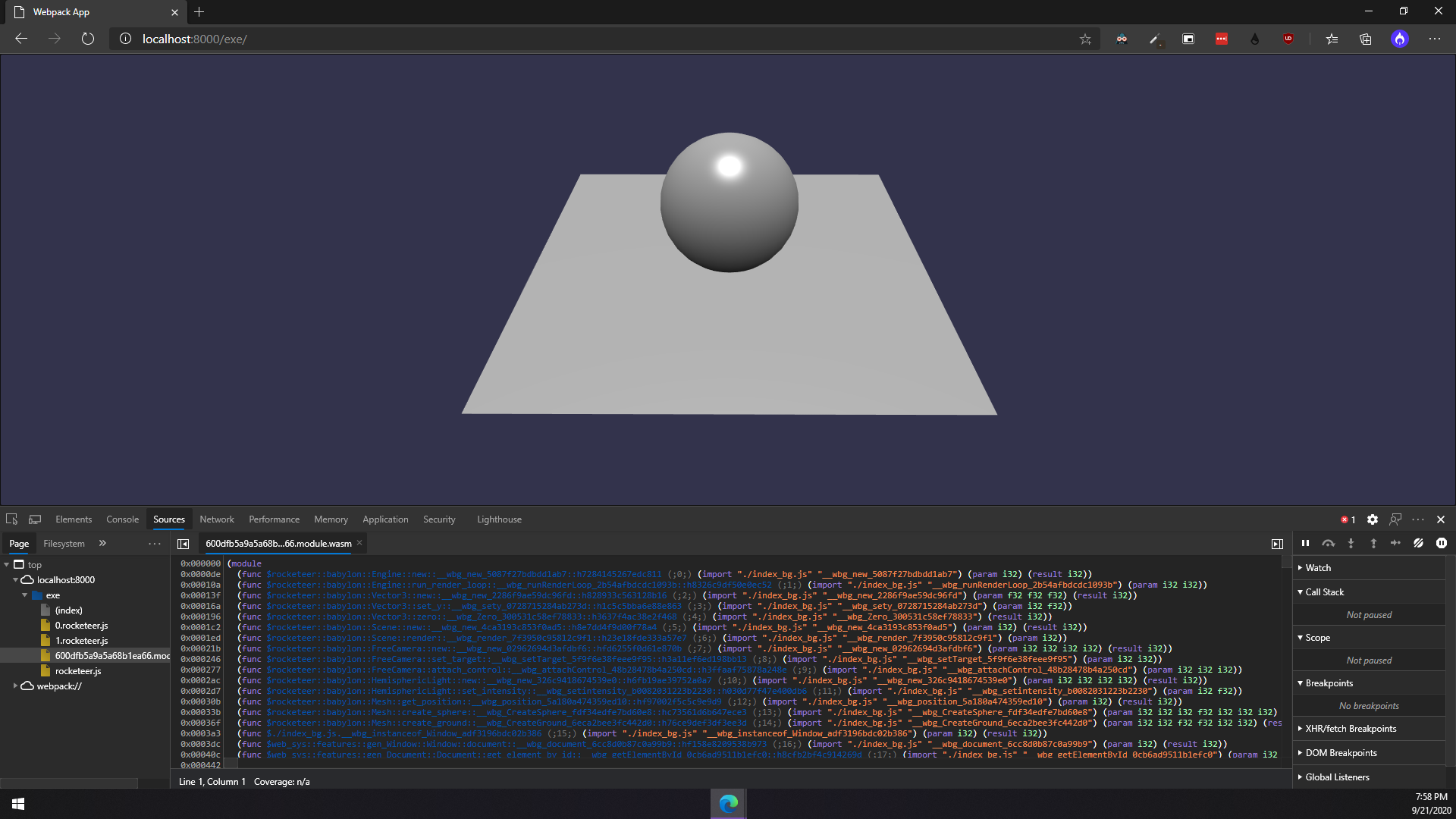 As you can see, the code is almost identical to the example in the readme, so I know now that it’s at least possible to get the API fully exposed (with tweaks here and there of course). The biggest pain point so far has been callback functions. I got it to work, but I feel like it can be done better. Still exploring.

But do you need to type:

Because I thought the game editor handles that part?

In terms of performance, if I used fully Rust wasm, is this going to be better than Unity and Godot?

Additionally, if I am using Rust WASM, does it use JavaScript at all?