Geometry Nodes and Blender 3.3 Export. Part 1 An Object and Instances

With my creative ability hampered by my shoulder problem, I took some time to try to figure out more information about “geometry nodes” in Blender. If you go by the number of videos on YouTube and all the changes that are taking as the version goes from Blender 2.93 to Blender 3.3 and onto Blender 4, it is a popular, and rapidly changing, topic. However, many of the videos produce weird results when trying to export the results for instance creation to BJS

Anyway, I tried a little experimentation with Blender 3.3 LTE and @JCPalmer 's exporter for the latest LTE version(3.3). Some results below.

Image1 - setup for instance creation using a mesh primitive to be instanced and the result when I CTRL + A → “Make instances real” in the 3D window.

Result Image 1a - a mess. The “Plane” which has the geometry nodes modifier on it, gets “instanced with all cubes attached” even though just the mesh primitive (a Cube) is set to be instanced

However, in Image 2, which takes a slightly different approach, I created a a cube in the scene with scaled and applied transforms and used it to be instanced using the Object Info node, dragging the cube I had created into the long box and then checking the “As Instance” box. Now CTRL + A in the 3D window → “Make Instances Real” produces the desired effect. Note in Image 2a the “Cube” is now being instanced - NOT the Plane.

And here is a simple example, using Method 2, of some instanced rocks on a terrain Terrain

Hope any Blender users find that useful. However, there are going to be more changes - I keep seeing messages that certain nodes will eventually expire in Blender 4 and that data maybe lost. 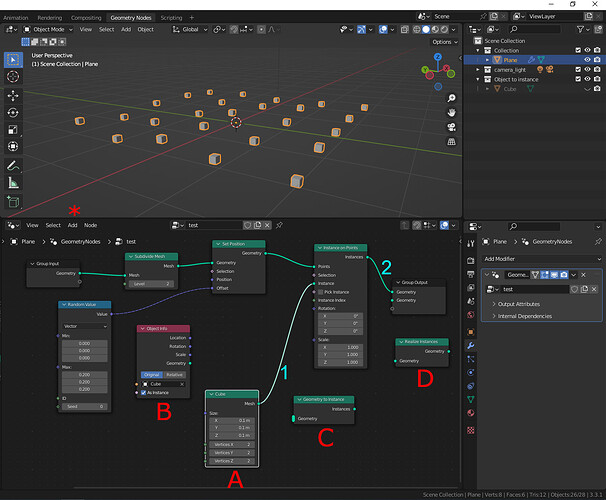 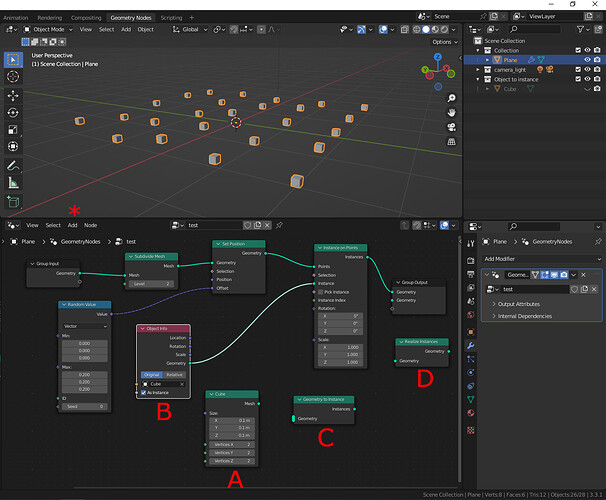 I mentioned above the rapidly changing area of “Geometry Nodes”. The images below give an example - just going from Blender 3.0 to Blender 3.3.

The first image is a file open in Blender 3 and you can see a group of nodes with a little blue/white ! icon attached to the nodes which if you hover over it says “Legacy node will be removed before Blender 4”

The second image shows the same file opened in Blender 3.3. All the nodes are now orange coloured and lots incidences of the word "undefined".

You will also notice that all the arrows in the 3D window (the result of the geometry node code) have disappeared !

The code is now broken. 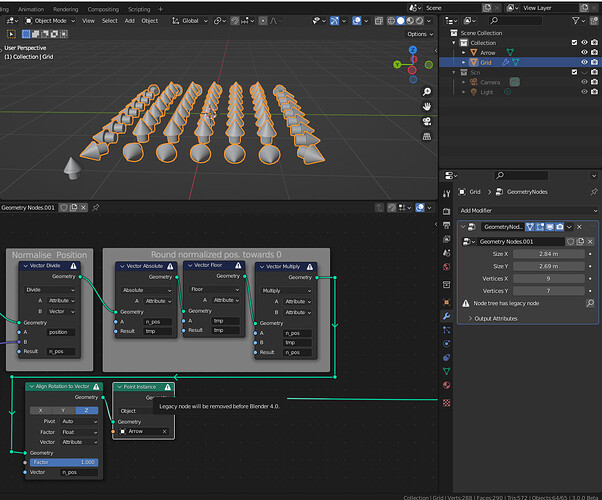 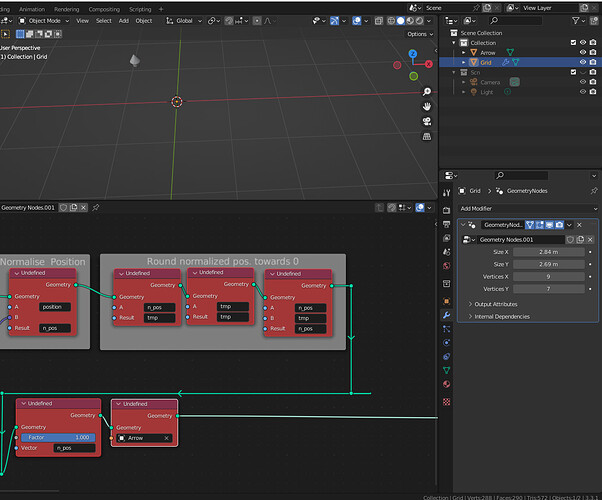 If you want to see how the terrain was created for the example above, you can find it here for Blender 3.