I am facing model rendering issue while load model dynamically

While rendering the model using reactjs with npm @Babylonjs/core packages. My model is lacking and taking more time to load and sometimes my model color is going white. Also, I am getting some warnings like:
**
page-flip.browser.js:1 [Violation] Added non-passive event listener to a scroll-blocking ‘touchstart’ event. Consider marking event handler as ‘passive’ to make the page more responsive. See Chrome Platform Status
**
My Code is :

I am a beginner. Please help me out with this issue.
Thank you 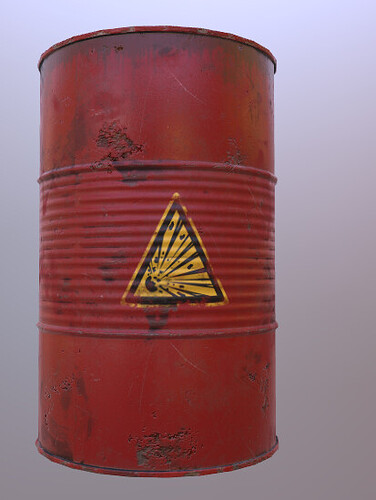 I know little about react, but a couple of suggestions:

Also, it might be better to delay adding the render loop until everything is ready using

You can then toss all the await stuff. It does not work as you intend.

Finally, if you are going to import the entire file, using SceneLoader.Append() you can avoid need less checking of “whether something is being requested?” You want everything.

I believe GLB is always loading PBR materials, so you may also wish to move away from lights to environment textures, but you did not ask about that.

This is more of a React question than a babylon question but I’ll do my best to point you in the right direction.

Writing variables outside of a useEffect or useState will lead to things being reset every draw. This will lead to some weird stuff happening, like useEffects running each render rather than just once.

I’ve written a quick React viewer to help you get to grips with how it all works. Thank you for your suggestion @JCPalmer.

Thank you @link2twenty , I tried with your reference viewer. And finally, it is working as per my needs.