I’ve been using BabylonJS for some months now, and I love it! Now I’m trying get my renderings to look as Sketchup. Seems like a very cool rendering style!!

, so you can also google it, it is pretty easy to find.

I have found a similar look being used by archilogic (.com).

From what I’ve learned this is called ‘Line Stylization’. Sometimes people refer to it as outline or edge rendering, although the result is not the same: outlines only draw the outer lines and not all the lines.

BabylonJS does have support for edge rendering, but the look is quiet different, especially in rounded objects. Or maybe I’m using it wrong?

I’ve done research on how to achieve Line Stylization.
There are several papers available, but this one seems to be the most usable: 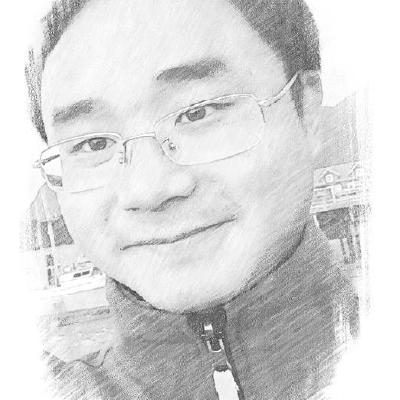 The github repository contains the shaders for both of the techniques. However, they make use of a geometry shader, which I don’t think is supported in webgl.

I really like how the edge renderer looks on the ‘vertices instead of indices’ setting. I’m using it on a voxel world. The problem is, as I’ve added more and more voxels to the game, the edge renderer takes longer and longer to start up. After the game is started, it runs at max fps. I don’t know what the slow part actually is… scanning the mesh for vertices? Adding lines to the scene? Does anyone know of a way that I could speed up the process? Maybe I could compute something once and save th…

This PG by @nasimiasl seems to be achieving a similar effect and is build using his ShaderBuilder: https://www.babylonjs-playground.com/#1TYWYB#194

However, it does has some kind of fading effect going on. We are also missing some lines being rendered.

In this post I’ll try and build out the shader. I’m kind of new to this whole shader, but I like a challenge! Feel free to jump in if you’d like to help.

This is the link to the paper:
https://gfx.cs.princeton.edu/pubs/Cole_2010_TFM/index.php

Thanks! Any help is welcome!

I’ll create a PG sample with some good objects this evening. Will keep you updated!

@nasimiasl I’ve created a PG based on your sample with an extra chair: https://www.babylonjs-playground.com/indexStable.html#1TYWYB#205

Could you eleborate how your shader works?

I’ve updated the sample so that it doesn’t do the fading effect:
https://www.babylonjs-playground.com/indexStable.html#1TYWYB#207

The shader is currently not rendering some lines. Is that easy to fix?

This starts to look really good!

I’ve began doing the ‘book of shaders’ course to see if I can get a grasp on this thing as well.