I thought I’d post about a few of the personal projects I’ve made over the last while using BabylonJS. I’m sure I’ve got the source for them lying around somewhere, although some of it reaches back to my early Uni days so it wouldn’t be much to look at. At the moment I’ve only got images from updates I would incessantly send my friends on Discord. Still, it was a lot of fun working on the projects. Hope they serve as inspiration or just something of interest for someone

Screenshot_from_2018-07-17_21-06-433840×1080 728 KB
This first one was from an electron app I made which acted as a sort of custom client for the online chess game “Lichess”, allowing you play games with a fancy 3D view. Not sure if it’s still the case, but back then Lichess didn’t have an API (for understandable reasons, don’t want cheating bots flooding the competitive scene I suppose) so I circumvented that by using ‘Puppeteer’, a headless browser to sort of funnel board state information back and forth between the babylon scene and the web page. It had some nice animations, horsies jumping and whatnot. I don’t think this is ever going to see the light-of-day due to it likely breaking the Lichess TOS.

unknown1928×1048 249 KB
This next one was basically just a fancy 3D version of the board game “Upwords”. Implemented multiplayer through “express” and “socketio”. It had a lot of bugs I never ended up finishing, study break only lasts so long! 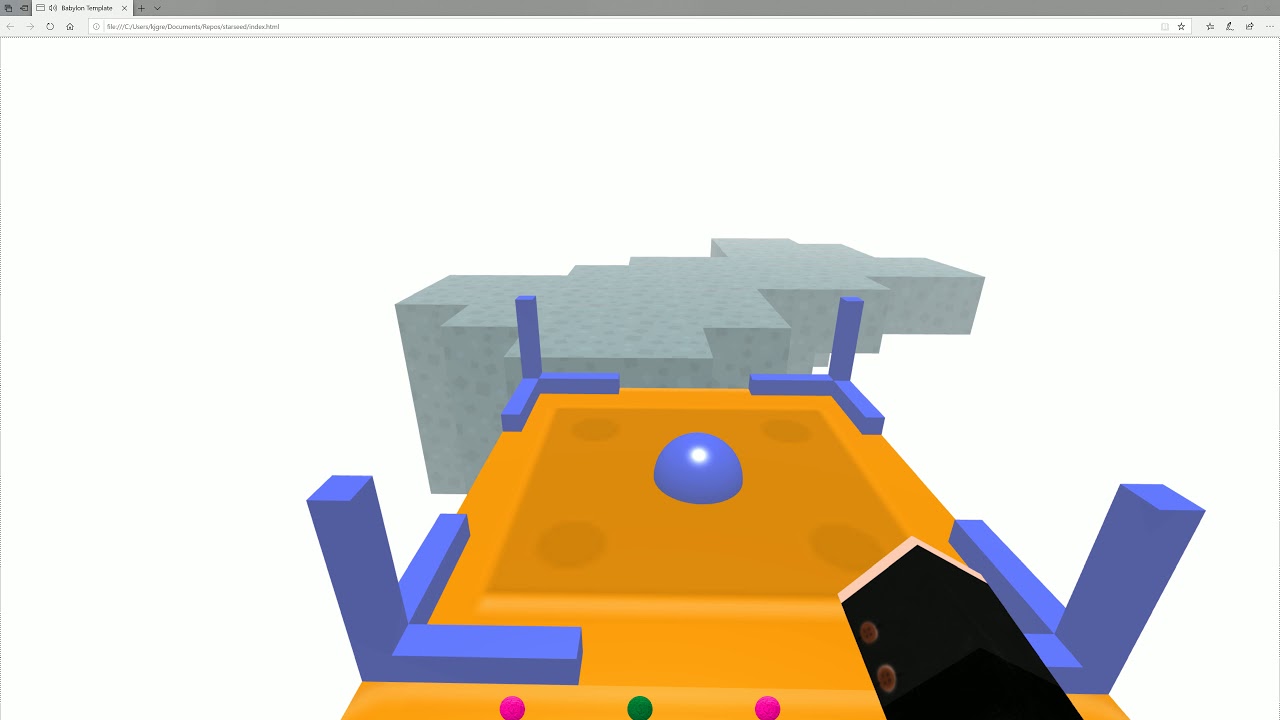 Lastly, there’s this attempt at creating a 3D version of the indie title “Starseed Pilgrim”. I got the block types going, player movement, the basics. I regret to say I lost enthusiasm though.

These were from some time ago. I’ve learnt a lot, especially when it comes to writing maintainable code, and am hoping to produce something of substance (that I actually complete!) one of these days. Unfortunately I am currently struggling with long-term OCD, which can really impede progress as I obsess over the most minor of implementation decisions.