Using the dominoes effect in a slide deck

Can you call something a 3D-deck design tool without the Dominoes effect, I don’t think so

Bjorn’s 3D-decks allows you to combine fancy (3D) effects with 2D content. One idea with the effects is to enable eye-catching “opening scenes” to attract attention.

Presenting “the Dominoes” scene style. The style first places all slides in the deck along a slight curve. It then uses the BJS physics engine and the first (or the last) slide is give a little push. You can use guard rails or let the slides fall of the cliff. You can play with the initial force, the gravity, the distance between dominoes, the curve amplitude and frequency. Video also shows the multi-camera support, in this case the scene is using the “pic-in-pic” feature. 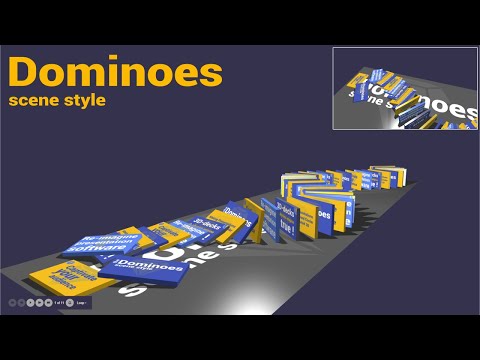