OK, I’ll admit the “Pinball” 3D scene style is a little odd but it will get the attention of the audience, right? A candidate for the opening scene of a deck, perhaps? As many scene styles it displays all sub-slides (to user defined depth) and uses the slide itself as ground.

The Pinball style is similar to the “Ice rink” (2nd video) but the slides do not get an initial push and, of course, the pinball effect is turned on. You can specify number of pinballs, their size and their speed. 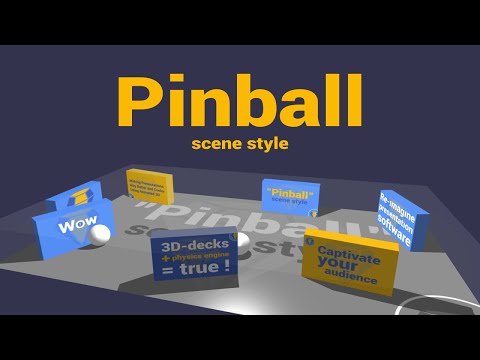 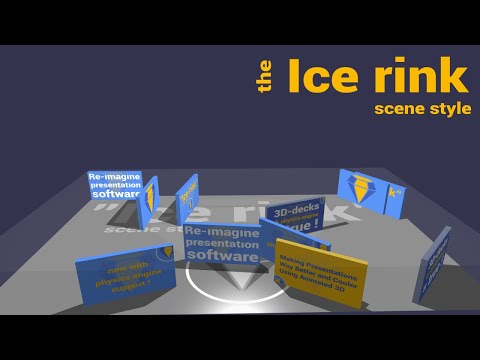