Hi,
some GLTF characters have their bone positions and/or rotations messed up. I can’t say what’s exactly wrong, but BoneAxesViewer also gets it wrong. That’s regression in v5.
Playground: Babylon.js Playground 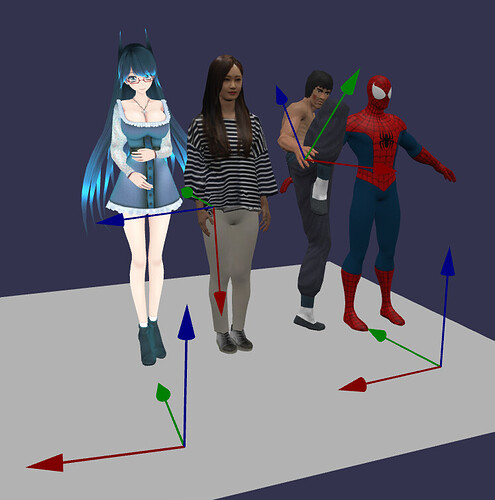 Ok I found the root cause

The way we handled skeleton within glTF was a bit too convoluted in 4.2

So we decided to simplify it a bit. From the breaking changes of 5.0:

Maybe we need a link. I documented how this works for gltf here: glTF 2.0 Skinning | Babylon.js Documentation

I’m using node.getTransformNode() on the root bone to get the mesh to use with BoneAxesViewer

… and that seems to be container.skeletons[0].bones[0].getTransformNode() - at least as far as BoneAxisViewer is concerned, at least in the playground

Locally I have a twilight zone: two BoneAxisViewers, for upper and lower leg, and they work fine as long as I update lower one first 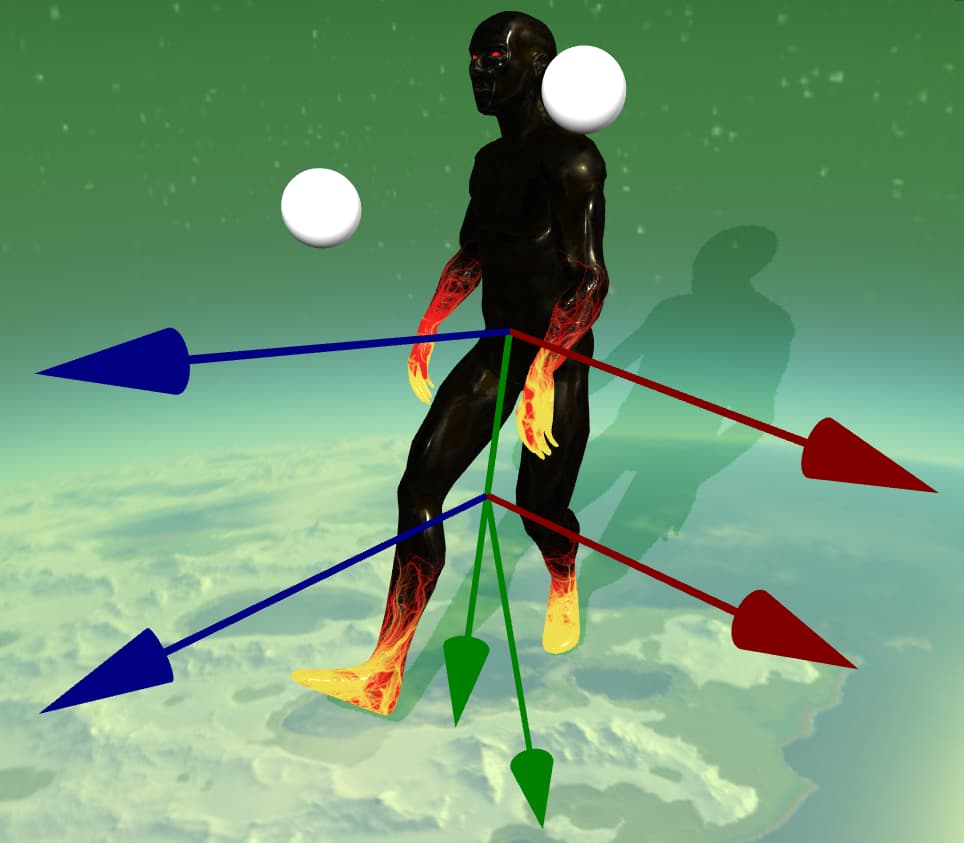 I have update on this: GLTF character bone positions | Babylon.js Playground (babylonjs.com)
This looks fine; but create root mesh and bone absolute position goes way away.

So really, what do I need to do to get actual bone position?

Sorry, I’m not understanding this. What do you mean?

@bghgary see the playground above, in particular

So is it expected behavior? If it is, what do I need to do to get actual absolute position of the bone?

You would need to force computing the world matrices if you do changes before using them: https://playground.babylonjs.com/#H925CH#8

Oh dang, but on transform node!
I’ve been trying on bone 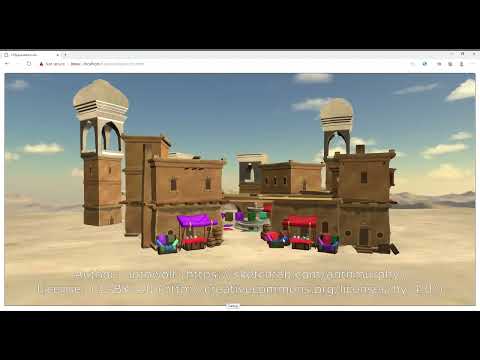 What bone are you referring to here?

And I can’t create playground example with babylon 4, right?

You can create a playground with 4 by selecting the version near the top right.

So how do I get target vector and arm vector, in the same coordinate system that bone quaternion uses?

If you can get it working with Babylon 4.2.1 in the playground, I can look into why it doesn’t work in 5.x.

@sebavan I appreciate it, but ‘magic’ is not really a way to go

Clear way to convert from this to that coordinate system is, and it might already be there.

@bghgary that’s the catch, it’s some bone (arm,leg…) with some characters. When I look at the avatar structure, there’s exactly one difference: TransformNode child of RootNode (model correction matrix) is rotated by 90 degrees for some models and not rotated for others, see attached images (both characters are supposed to touch the sphere). But all characters are rotated by -90 in RootNode (gltf orientation matrix). So for the characters that have these rotations zeroing each other out, my math works fine, and for others, not.
And more than that I really can’t say

Because, well everyone works with predefined character structure, right? Well I’ve come up with the system that recognizes structure of some 96% rigged characters. I just download them from sketchfab, and have no idea where they come from, how they are made, and what bone orientations are.
You know they say, give me a firm spot on which to stand, and I shall move the world

OK thanks, I’ll come up with a playground. 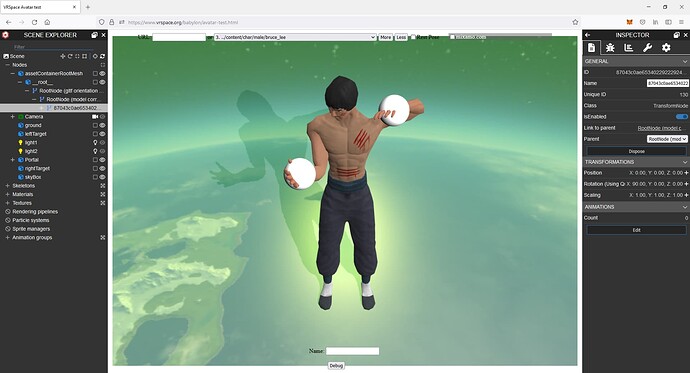 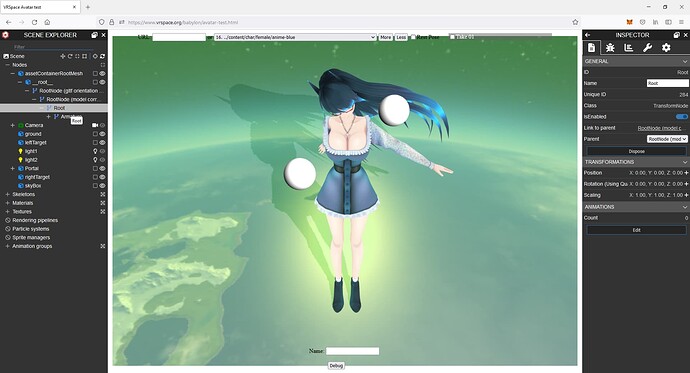 I’m not asking for generically what bone. I need a specific example, so I can debug the problem.

@bghgary here’s the playground 1, for babylon 4:

Some bookkeeping but all fine.
And here’s the same with babylon 5:

Well I just can’t figure out how to get simple position of a bone.
Funny though, things change with call to container.createRootMesh(). It almost becomes usable, except left and right side switched places