I have been trying implement a movement system that will work in a VR headset. I am not using a real headset but testing using the Simulator in Windows Mixed Reality Portal.

I am unable to get the teleportation “donut” to appear so I can test my scene.

Here are some other examples that, as I understand it, should allow for teleportation:

I can’t get the donut to appear in these examples either. Moving the thumbstick forward should activate teleportation mode is that right? I tried it but nothing happens.

Is there some other way to trigger teleportation in the simulator that I am missing?

This is what I expect to happen: 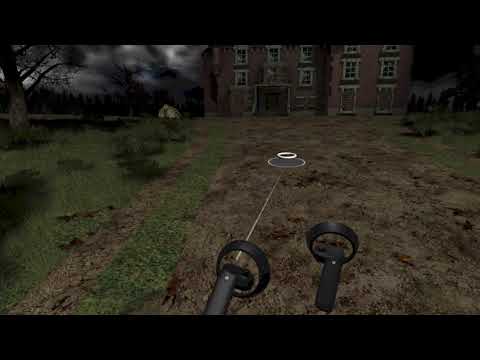 The old VRHelper is deprecated and is not being developed further.

If you try with any of the newer WebXR-related scenes, you get this:

Thanks for the help! I know the second example used the old VRHelper, but is not the first example link I listed the same as what you mentioned?

Can you share with me the code which you used for your screenshot?

Hello, I am sorry I realized the floor mesh wasn’t defined properly in the first link! That is my mistake. Thank you!