Meshes randomly have sunshine on 5.28 and need to press a key to render some meshes and inspector

I’m not sure I want to call this a bug, but I see behaviour in 5.28 that I haven’t seen before, and I’m pretty sure it’s not my code, although a potato has been wrong before.

The first seems to be the need to press a key before certain “things” happen, meshes don’t get rendered, and the inspector doesn’t show until a key has been pressed, but you can interact with the mouse, which won’t cause the inspector to show.

The second seems to be random mesh sunshine: 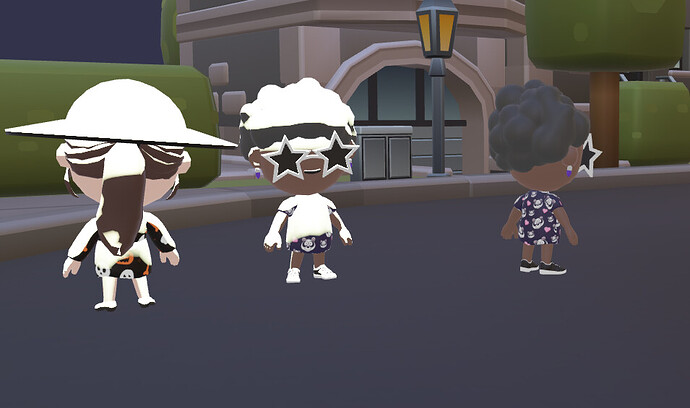 image955×566 77.2 KB
Again I can’t say for sure what’s causing this, but I only have a default light in the scene, and randomly, this will happen to GLBsI’m loading and not for others.

Neither behaviour I saw before 5.28, but I’m a bit bound to 5.28 because it has the file extension loader fix I needed in AssetManager, so it’s not going to be an easy job to roll back and say for sure.

The first seems to be the need to press a key before certain “things” happen, meshes don’t get rendered, and the inspector doesn’t show until a key has been pressed

Hope you are well? This is weird. The part with the inspector not showing is even more ‘weird’. For the second, all I can think of apart from a bug is your ‘pressing key’ wouldn’t happen to pass changes for the rendering through a given camera, would it? Anything around setting the renderTarget of the PP for the camera or anything with the rendering of materials around the post-process, lights or environment?

I am well @mawa , building more and more

hard to go back to infra when you’ve been in the Babylon engine for so long.

Super weird I agree and I’d wholesale say user error, except I didn’t see either of these behaviours before yesterday and the version update. I only have onkeypress listeners for two things, a camera swing which tbh can probably come out now, and the player input, which, only updates a class, nothing else, no magic or dragons to be found there.

No lights in the scene at all according to the inspector, not post-processing, I haven’t seen either issue until updating yesterday, the keypress thing, is really weird, almost like some sort of dirty magic kicks in and things start rendering.

Ironically I thought I’d check if they were there in the inspector but because the inspector falls foul of the same behaviour, I can’t see it until a key is pressed, and that will cause the other meshes to render.

Hmm. That definitely looks like a bug to me. Just sad it happens on a weekend. Hopefully, someone from the team will kick-in before monday. Have a great week-end anyways

Not a biggie, and not life-threatening either. Have an awesome weekend!

Hello, definitely sounds like a bug but I can not repro either in the playground or the sandbox

Would you be able to create a repro somewhere ?

Let me work on that.

The inspector bug, stand down on that; that was 100% a mistake on my part, this texture thing I’m going to be able to track it down now and see what’s causing it, will report back.