Does anyone know how to make an actual outline shader in the NME? and also is there anywhere I can learn NME in full besides BabylonJS youtube?
I am interested in making awesome shaders but I don’t know much about it(besides all what I learnt from youtube)… Thanks

I also associate myself with this question.
NME is a great tool but it is difficult to use without some basic textual guides or documentation with examples.
I believe there will be a huge benefit for everybody from NME Shader Library, at least with some basics and most needed shaders (like fire, water, plasma, outline etc).
Actually there should be already a lot of NME snippets, ready for the use, but currently it is impossible to browse and view them.

I’d like to provide some input to this as well, as a shader beginner. My issues with the NME have been;

Solutions for these problems:

Tagging @PirateJC as this would be an amazing addition !!!

The idea of having a example/snippet library for NME is awesome. I LOVE that! We’ll add this to the list and figure out a good solution to make this happen.

@Panuchka - Thanks for flagging the question about how to load a node material from a file and apply it to a 3D object created in a different application. In trying to answer this question I agree that the documentation isn’t clear and is out of date. I’ll work on changes to this shortly to make it more clear in the future.

For now check this playground out:

In this playground I’m loading an asset (several meshes created in Blender)
I also created a shader in the Node Material Editor and saved the file directly.

Once the mesh (cannon) and the shader have been loaded into the scene, I simply assign the shader to be the material of the mesh.

So here are the key lines of code:

That’s really it. I 100% agree that the documentation isn’t super clear about this, so I’ll update it right now.

Ok I’ve made the update to the Node Material Page.

Should be live in a few minutes.

Thank you for taking time to answer this issue and adding to the docs!

However, I would like to elaborate a bit more about the “real use case” I have and which has left me, a shader noob, a bit baffled.

I am building a game where I’ve had a question; what would the game and the assets look if I had some sort of toon shading on them? Would it look cool? Time to investigate; soon I found the toon shader tutorial in Babylon Youtube channel, which used the NME and I thought that it would be a nice learning exercise for me. After finishing creating the shader in NME, I was eager to attach it to my 3d models… But exactly how would I do that? For example, I have this character in the game: https://playground.babylonjs.com/#S7E00P#49

How would I approach in giving the character, which consists of many different meshes, a shader? Trying to put the hypnosis shader to it somehow breaks the animations

Also if I try the toon shader in similar way, it doesn’t work out of the box. Maybe there are some stuff that I have missed shader-wise… I had a thread about this a while ago: Applying node material editor shader to glb models

In the thread I used the wall/floor meshes of the game as test meshes, but if I try the same process with the real character, it doesn’t work at all: https://playground.babylonjs.com/#S7E00P#168 Ps. Sorry for the missing clothing

Anyways, after trying a while with the toon shader, I gave up and decided to look into it later

So that is my rocky road with NME… I think other users might have these problems as well, if they are newbies like me, or try to add shaders to complex models…

So all in all, these are my “pressure points” and questions with NME and applying shader to a mesh:

As you gain more experience with NME, my sincere hope is that you’ll find it becoming increasingly more clear how to approach it. I myself went through a very similar journey about 2 years ago. I was a COMPLETE shader rookie. Having spent a lot of time with NME I’ve grown quite a bit more proficient.

I know that’s probably not the most satisfying answer in the world, but let me say it like this: I think you’ll find that it gets easier to understand the more you use it.

As for your direct questions:

In general, applying a shader to a complex model seems really complicated

It certainly can be depending on the specifics of your assets and the shader you’re trying to create. In the example of a toon shader though, it shouldn’t be prohibitively difficult. I’ll have to dig into this a little more to understand the complexities.

NME does not support PBR out of the box. You have to use the PBRMetallicRoughness node to add PBR functionality to a node material. The incredibly talented @PatrickRyan made a video series explaining this in depth. Please check it out for more information. 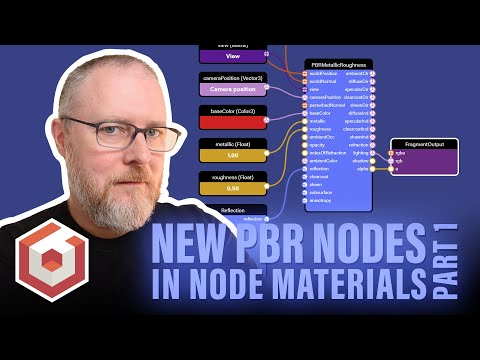 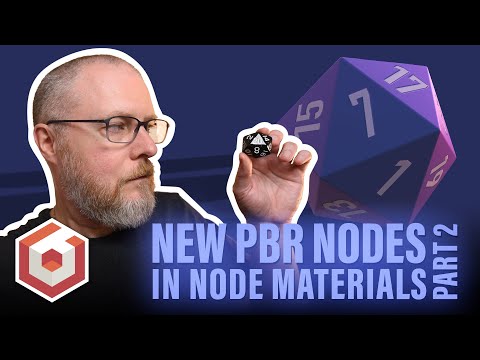 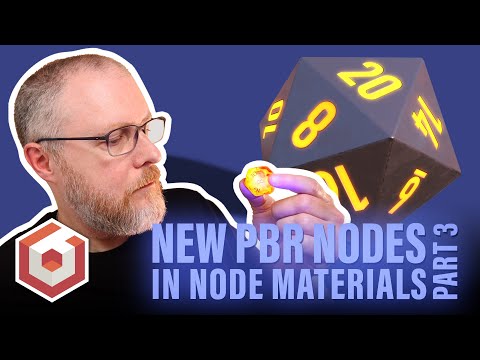 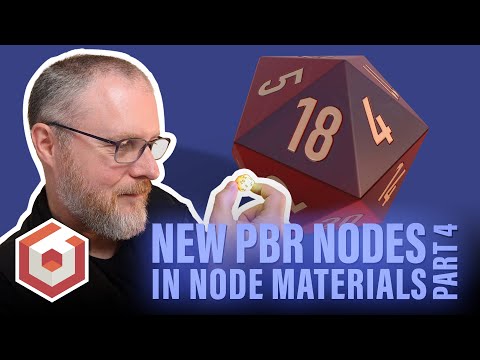 Also a minor note, would it be possible to store the json in a regular javascript/typescript object and ask it from there instead of loading it async from server? I would prefer this to be ready without async waiting in my game, for example… Maybe it can be already done, but I haven’t found the right part in docs.

Sure theoretically this is possible, though I’ve never done it myself.

A bit of a clarification; I am not sure if I actually need the PBRMaterial, but the materials are mapped as that material type when I import a glb/gltf into Babylon. Not sure if that is because I use that kind of node in Blender or what…

But anyway, the main thing would be to preserve the textures (diffuse, normal) from the model and apply the, for example, toon shader easily. If the toon shader is used in a game, it pretty much needs to be applied to all meshes of the game for similar look, therefore it should be streamlined somehow…

If you look into it more, be free to test with the model in the playground below

I really appreciate any help with this: https://playground.babylonjs.com/#S7E00P#49

I’m sure that happens sooner or later!

Also a minor note, would it be possible to store the json in a regular javascript/typescript object and ask it from there instead of loading it async from server? I would prefer this to be ready without async waiting in my game, for example… Maybe it can be already done, but I haven’t found the right part in docs.

I did a quick implementation of creating a node material from a json object directly stored in a PG rather than from an external link. Basically you create your shader using NME, then save out a json file and minify it. You could use the prettified version of the json file, but it will be really long due to all of the node positional data we need to save for the editor. Then just create an object using the json data and create your node material by parsing the json object.

But anyway, the main thing would be to preserve the textures (diffuse, normal) from the model and apply the, for example, toon shader easily. If the toon shader is used in a game, it pretty much needs to be applied to all meshes of the game for similar look, therefore it should be streamlined somehow…

The reason you get PBR materials when you import a glTF is that the format standard calls for PBR Metallic Rough materials, so all DCC tools are doing a conversion of whatever material you have in the scene to a PBR material when saving the glTF. When creating your node materials for custom shading solutions, if you have PBR textures you want to pass to the node material from the glTF, you will need to know mesh names for each material. Then you can get the texture attached to a particular parameter of the material (like roughness) and assign it to your new node material. You will need to set up your node material to accept textures from whatever lighting model your textures are authored for (PBR Metal-Rough in the case of glTF) and then get the individual nodes by name and assign the corresponding texture to it.

This is a more complex model which has several meshes that each need a different shader based on the requirements of the material. One mesh needs UI mixed with the texture to display the time and date, one needs a standard plastic, but in the original shader we did a dissolve between different material types, and the last is the metallic base that needed no special treatment. But you can see how I either import the textures directly or pull them from the loaded model and then assign to the node material before assigning the correct node material to each mesh in the scene.

This is a common method for loading meshes and assigning their textures to a node material. It does take some knowledge of the mesh (mesh name at minimum) so you can get the correct textures, but you could certainly come up with an abstraction scheme for your mesh names to make sure that any compatible model could be assigned the same node material. Hope this helps explain things a bit but feel free to ping us with more questions.

Hi @Panuchka just checking in, do you have more questions?

@slin - Thank you for sharing your valuable perspective on this as someone who just recently jumped right into NME.

The reason that the vertex shader and fragment shader are together in NME is because in many cases you’ll want to the two systems to work together using different parts of your node tree.

You can see this clearly at play in the caustics YouTube series.

As for exporting the node material as shader code. This is interesting perspective for sure. We don’t hear a lot of feedback from folks about this part, so it’s really good to hear that it can be improved. Thanks for sharing your thoughts on it. We’ll take a look at it as we get into planning for the next release.